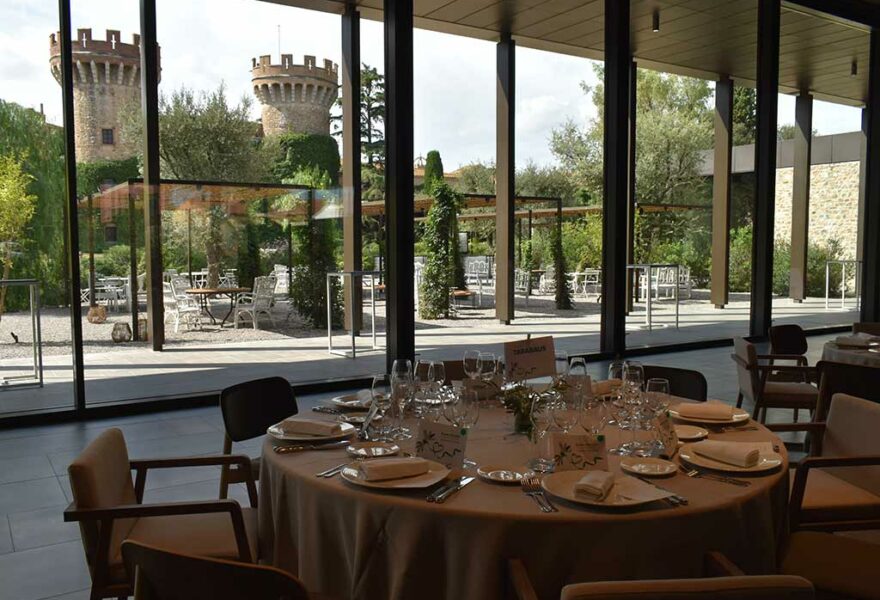 The new Viewpoint room at Peralada Castle was the setting for a charity dinner organised by the Spanish Association Against Cancer’s Girona branch to promote the fight against this disease.

More than 200 people attended the dinner, exceeding the number seen at previous editions, in an event that marked a return to form after the forced break due to the pandemic.

The Viewpoint room can seat more than 600 people in banquet format in the spectacular setting of the castle’s main square, with stunning views of the towers and surrounded by 77,000 m2 of English-style gardens.

This venue is a recently-built addition to the castle, the project for which was conceived by Olot’s renowned architecture studio RCR, winner of the 2017 Pritzker Prize, known as the Nobel of architecture.

The space forms part of the business tourism facilities offered by Hotel Peralada Wine Spa & Golf, a five-star boutique hotel in the heart of Alt Empordà set on an 18-hole golf course. Its recently updated meeting rooms have a maximum capacity of 350 people, natural light and magnificent views over the golf course.