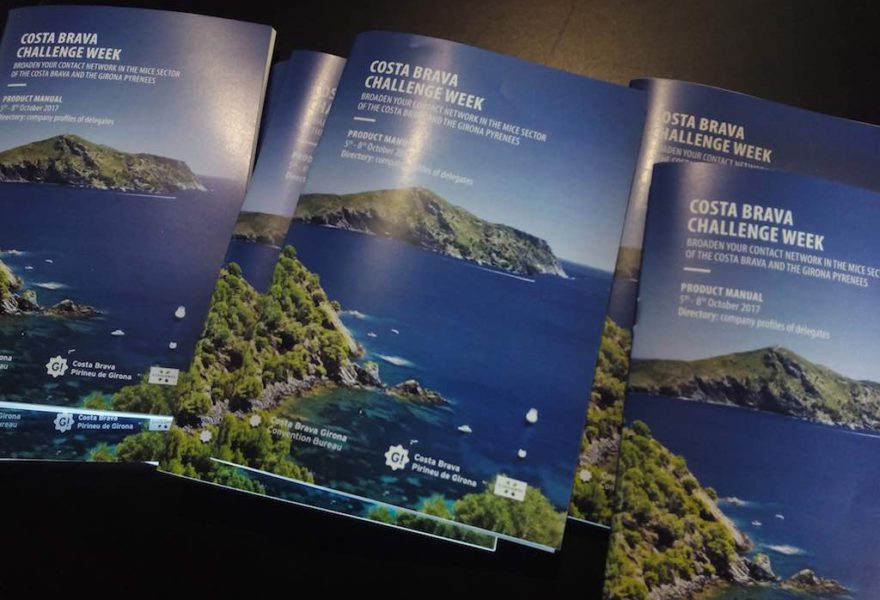 The meeting point was the Hotel Spa Terraza in Roses, where a welcome cocktail was offered to the participants, event planning companies and associations attending from different parts of Spain, France and the UK.

The following day, Trinitat Castle, with its spectacular views of the Bay of Roses, hosted a workshop during which almost six-hundred meetings were generated between event planners and entrepreneurs.

After a lunch held at the Almadraba Park Hotel, the event planners were divided up into four groups to take part in themed familiarisation trips around the region, during which they gained first-hand experience of the MICE facilities available, accompanied by representatives from local business tourism companies.

A land of art, history and medieval towns

A land of contrasts, from the sea to the mountains

A land of lakes and volcanoes

A land of wines and seafood cuisine

During the trips, the teams participating in the Costa Brava Challenge used iPads to respond to the different proposals and questions about the places visited, putting their creativity and ability to capture detail to the test.

The sessions came to a close on Saturday evening with a farewell dinner at the Monastery of Sant Pere de Galligants, one of the unique venues that make up the city of Girona’s business tourism facilities. During the dinner, prizes were presented to the winners of the Costa Brava Challenge.

The group ended their trip with a visit to Girona’s historic quarter, set against the backdrop of the real locations seen in the sixth season of the famous TV series Game of Thrones and the secrets behind the filming..