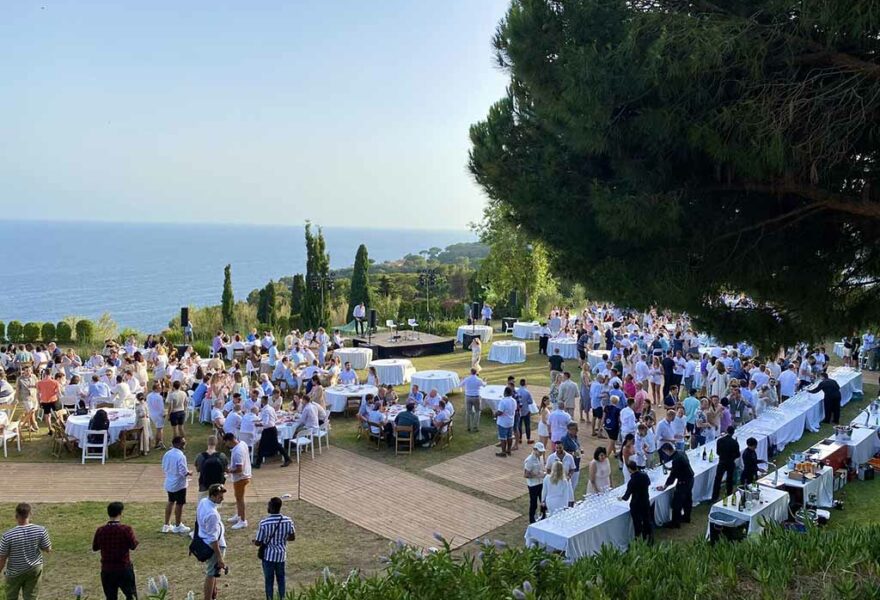 As is happening in the associations sector, corporate MICE organisers are once again planning in-person meetings and events.

Pola Giverola Resort, which has recently refurbished its accommodation and facilities, has kicked off the 2022 season with three important corporate events.

In May, the French solar panels firm Urbasolar held a three-day incentive trip for four hundred people. The highlight of the event was the arrival at the resort by helicopter of the company owners who were met with an enormous ‘Merci’ formed by their own employees standing in Cala Giverola.

In June the resort hosted events organised by Social Point, a videogame company, and Athlon, a luxury car rental firm. The programmes for both events combined the stay at the resort with private outings in catamaran, which were very well received by the participants.

A multinational firm brought its convention to Evenia Olympic Palace, with a total of 800 delegates from all over the world attending. The company’s international conference took place between 12 and 20 June.

A thousand employees from YES group, a direct broadcast satellite television provider (DBS) in Israel met at Hotel L’Azure for their incentive trip to the Costa Brava and the Girona Pyrenees.