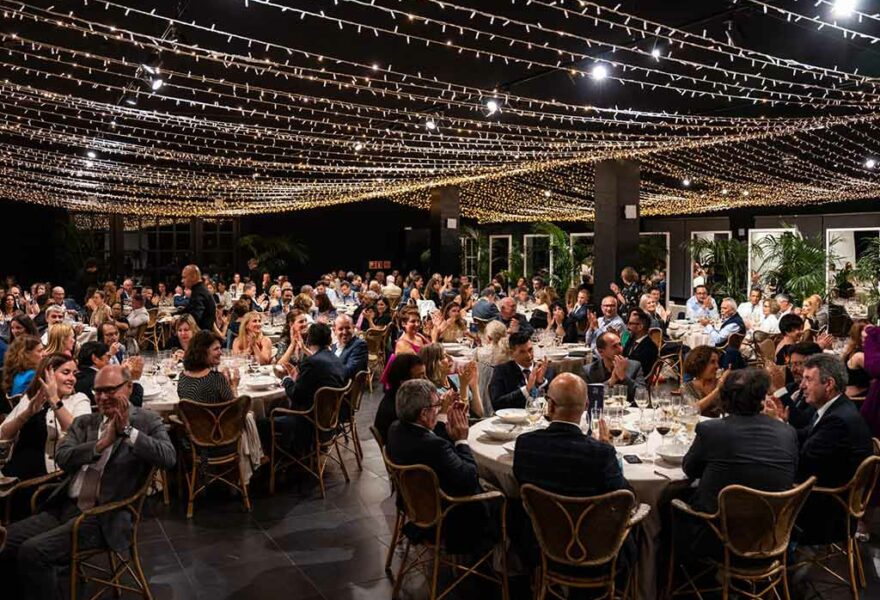 The Costa Brava provided the venue for the 60th General Assembly of the Association of Mediterranean Cruise Ports.

Close to two hundred attendees, including associate members, cruise companies and representatives of the specialised media from nine European companies and the USA, took part in the talks and panel discussions held during the four-day event at Hostal de la Gavina, where they were staying.

The Sailing & Gastronomic Tour began with a breakfast of local products while sailing the coast of Palamós. After visiting the fish auction, Espai del Peix presented the participants with a sample of authentic Costa Brava fishermen’s cuisine prepared in front of them using fresh produce from the fish auction in Palamós.

For the Cultural & Electric Bike Tour, the participants cycled around the charming medieval villages of Pals, Peratallada and Monells on a burricleta (a rural electric bicycle).

The Mediterranean Tour of Roses, after visiting the Citadel in Roses, took the participants on a catamaran trip to Cadaqués. After lunch, the group went to Portlligat to visit the Dalí House Museum, where the world-famous Catalan artist lived and worked.

In Girona the participants were greeted with a Cultural Tour, which included a guided tour of the filming locations around the city seen in the series Game of Thrones. Finally, the Surrealism & Wine Foodie Experience took the group to the monastery of Sant Pere de Rodes, a historic complex in a dramatic mountain setting, where they enjoyed a Wine Experience. After a gourmet lunch in Roses, the participants were taken to Figueres to visit the Dalí Theatre Museum.

The gala dinner was held at Mas Marroch, the gastronomic event space owned by Michelin-starred restaurant El Celler de Can Roca, located just five minutes from the centre of Girona.

The company Zeba Produccions was in charge of videoing each day of the event.

« Cointreau Day in Cadaqués, by Atelier Esdeveniments
New motorhome models from the Caravan Salon in Düsseldorf presented in the Costa Brava »