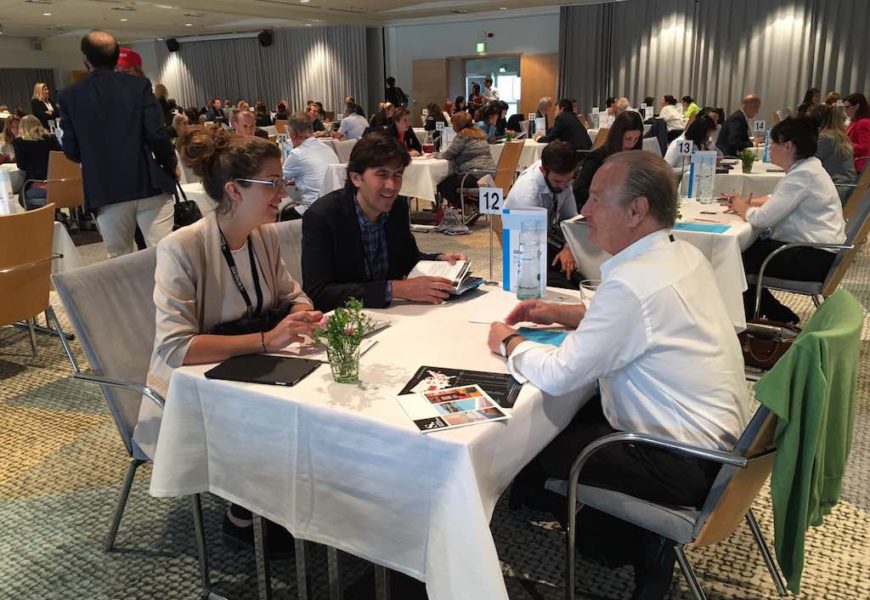 Presentation of MICE options at The Meetings Space

We took part for the first time at The Meetings Space, a professional workshop that brings together representatives of the corporate segment and from European events organisation agencies. On this occasion the event took place at the Scandic Grand Marina Hotel in Helsinki and involved 70 buyers from around Europe and a large number of professionals from the United Kingdom.

During the meeting, the MICE options of the Costa Brava and the Girona Pyrenees were presented at two tables, one of which was formed by the Lloret Convention Bureau and Evenia Palace & Congress Center, and the other by Hotel Camiral & PGA Catalunya Resort and the Costa Brava Girona Convention Bureau. The 25 institutions and companies interviewed showed great interest in the region, which they identified as an alternative to their usual destinations such as Barcelona and other large cities in Spain.