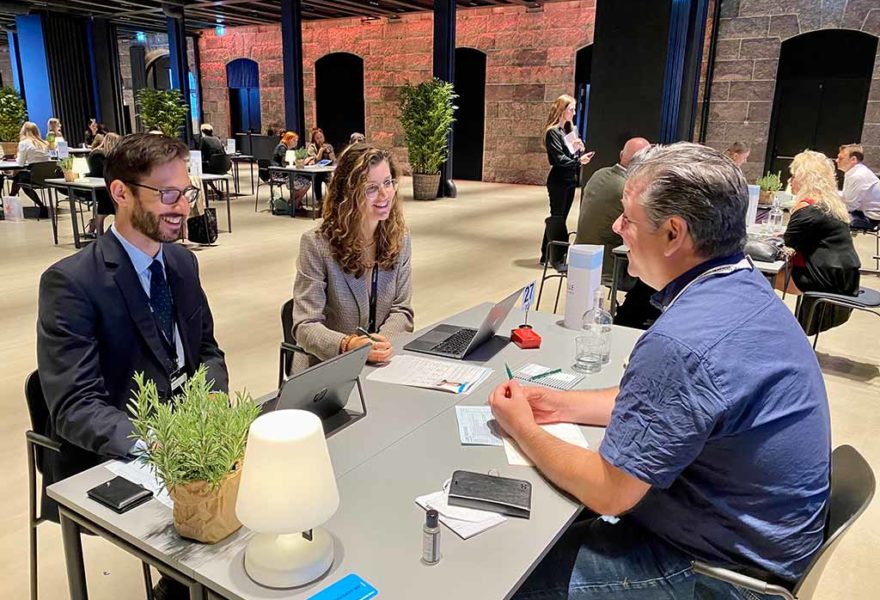 The Meetings Space Autumn in Copenhaguen

The MICE sector’s international meetings are also gradually returning to their traditional format. For instance, The Meetings Space Autumn, an event that was postponed last year and which is now being held again with the progressive easing of restrictions.

This year’s event has been held in Copenhagen and was attended by 88 European vendors and 55 buyers, most of them from the United Kingdom, Germany and France.

Accompanied by the Hotel Camiral PGA Catalunya Resort, we held 22 meetings that generated four requests, with three of them formalised during the event itself.

In the course of the interviews, it was apparent that the Costa Brava and Girona Pyrenees’ business tourism proposals were viewed with interest both by the agencies who already knew us and by those that until then had not interacted with us.

The agencies informed us that they were just starting to get things off the ground again and that there were events in the pipeline between now and the end of the year. Most of the agencies were working with groups for next year and they said that the outlook for 2022 was positive.

We explained that the Costa Brava and Girona Pyrenees offered optimal conditions, with a unique destination and a professional, well-organised MICE sector.

« Sea Otter Europe, in full version
Girocamping is back in 2021 »