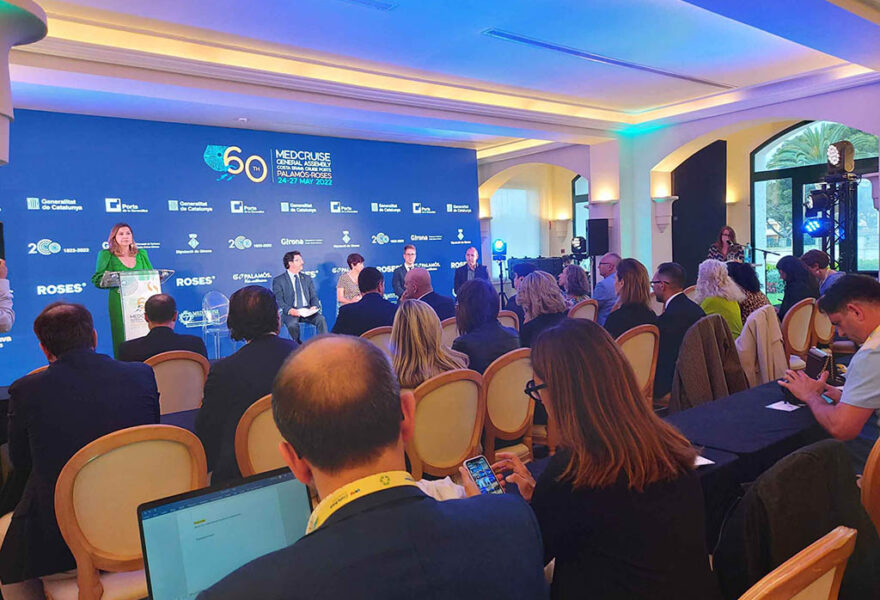 The Association of Mediterranean Cruise Ports, MedCruise, chose the Costa Brava to host its 60th General Assembly. This edition, the first in-person event after a two-and-a-half-year hiatus, was attended by 180 associate members, cruise lines and specialised media from nine European countries and the USA.

During the four-day event, MedCruise members met at Hostal de la Gavina in S’Agaró to attend talks and panel discussions.

The programme also included discovery and networking activities around the region designed to showcase the destination’s tourist attractions and products, as well as strengthening the Costa Brava Cruise Ports brand.

During these excursions, the participants explored the ports de Palamós and Roses, visiting Espai del Peix in Palamós and the Citadel in Roses. They also visited the medieval town of Pals and Girona’s historic quarter, as well as discovering heritage sites such as the monastery of Sant Pere de Rodes, the Salvador Dalí House-Museum in Portlligat and the Dalí Theatre-Museum in Figueres.

The gala dinner was held at Mas Marroch, the gastronomic event space owned by Michelin-starred restaurant El Celler de Can Roca, which is located in Vilablareix, five minutes from the centre of Girona.