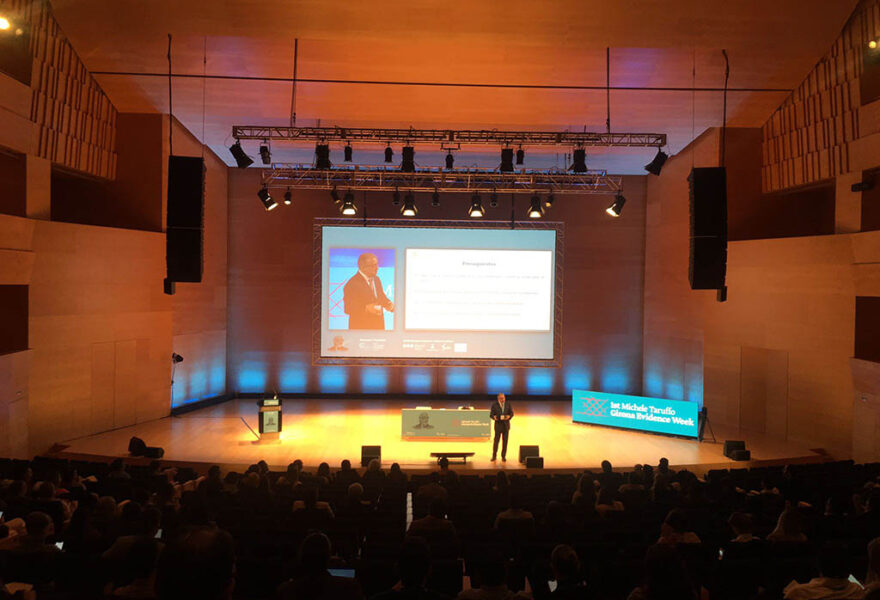 For an entire week, the first edition of the Michele Taruffo Girona Evidence Week international evidential reasoning congress brought together 800 legal professionals and international academics. The event, organised by the University of Girona, is the first in the world to focus on analysing evidence in judiciary processes.

The first three days were held at Girona Conference Centre, with talks, plenary panels and courses delivered by specialists. The final part of the congress moved to the University of Girona’s Faculty of Law, where the attendees worked on more specific subjects in more than 30 workshops.

The Michele Taruffo Girona Evidence Week will be held every three years from now on. The initiative aims to pick up the baton from the 1st World Congress on Evidential Reasoning, held in Girona in 2018 and which from this year onwards honours the memory and legacy of Michele Taruffo, a researcher at the University of Girona’s Faculty of Legal Culture.

Based on the positive feedback received from those attending the congress, the organisers have indicated their intention to consolidate this project in Girona.