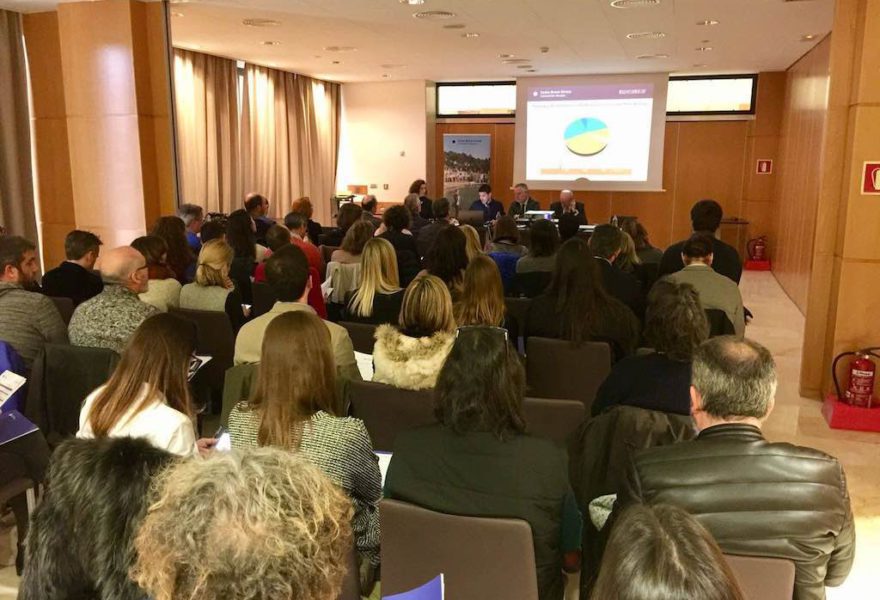 The promotional activities for the Costa Brava – Girona Pyrenees MICE proposal carried out over the last few years have positioned it as one of the destinations with the highest growth rate.

The Costa Brava Girona Convention Bureau presented its results for 2017 and its action plan for 2018 at the annual assembly held at Hotel Melià in Girona.

Promotional activities outlined for 2018 included the organisation of two after-work sessions, one in Barcelona aimed at agencies and professional event planners, and the other in Toulouse, with important local companies from the car industry, aeronautics, telecommunications and insurance sectors. This format is ideal for encouraging networking dynamics through workshops and training sessions within the MICE context.

One of the most important developments to be announced was the fact that M&I Forum has chosen the Costa Brava and the PGA Catalunya Resort to hold the inaugural edition of the MICE Masters Cup, the sector’s first official tournament. Customers and suppliers taking part will have access to the exclusive facilities, which are among the best in Europe and normally reserved only for PGA Tour professionals.

Besides this, in 2018 the CBGCB will take the Costa Brava – Girona Pyrenees business tourism proposal to the principal MICE forums, such as the IBTM in Barcelona and the IMEX in Frankfurt.

As far as presentations are concerned, this year sees the implementation of a new format called TastEmotion, which will be used in four European cities: London, Munich, Paris and Milan.

The initiative uses a highly unconventional format to illustrate the business tourism products on offer in the Costa Brava – Girona Pyrenees through involving the senses. Up to 20 people at a time can take part in a tasting session led by a local, Michelin-starred chef, who will propose dishes based on local products and D.O. Empordà wines. During the meal, the destination will be presented through projection mapping on the table top and surrounding screens.

Familiarisation trips continue to be an effective way to promote the destination, with six fam trips of our own, and we will continue to use commercial agendas, currently aimed at the domestic market, France and Scandinavian countries.

Some of the activities in the action plan have already recently been carried out, as is the case of the commercial agendas in Toulouse and Bordeaux and the Pure Meetings & Events workshop in Paris, all aimed at the French market.

For 2018 our main priority will remain to be to promote the destination throughout the domestic market, France, Germany, Austria, Switzerland, Scandinavian countries and the United Kingdom.

During the assembly, the results for last year were given, with special emphasis on the creation of over 1000 new contacts with professionals in the business tourism sector from 45 markets through participation in workshops, international trade fairs and commercial agendas.

Likewise, it was indicated that the number of request for proposals received from agencies and corporate clients increased by 16.5% with respect to the previous year. Most of the consultations received were related to incentive and convention planning. In 2017 we presented ten candidacies to hold congresses, of which half were successful.