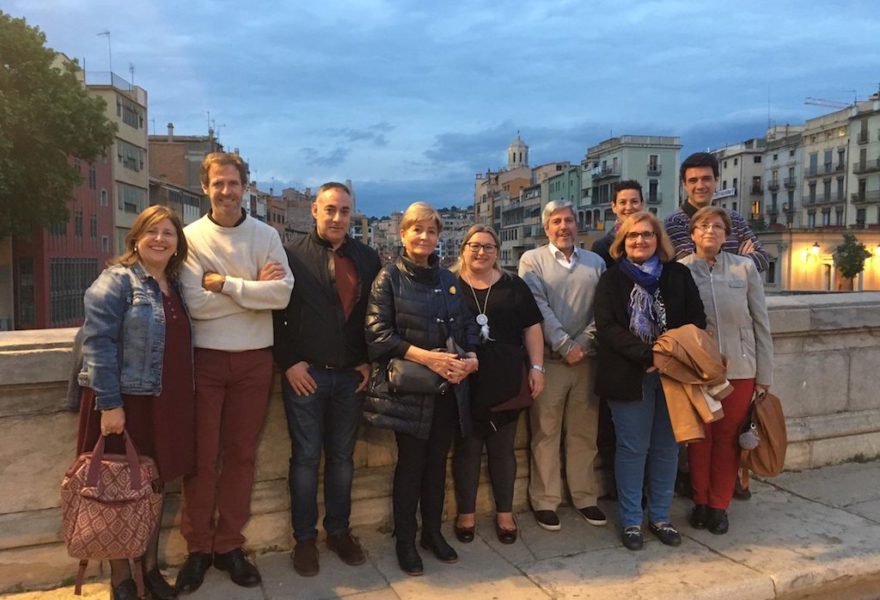 The activity started in Girona with a guided visit to the city that coincided with the initial weekend of the Girona Flower Festival. During their stay in the city they had the chance to discover Hotel DoubleTree By Hilton and Hotel Carlemany, plus Girona Conference Centre, where they were served one of the meals.

Elsewhere, in Lloret de Mar, the group visited Gran Hotel Monterrey, Hotel Santa Marta and Evenia Conference Centre. On their visit to the Municipal Theatre of Lloret de Mar they witnessed the preparation of three events that were to take place simultaneously on that very day. As well as the exploratory visits, in Lloret they took part in a Daiquiri workshop and enjoyed an appetiser on Santa Cristina beach.

Participants came away with a very favourable impression of the services, accommodation and congress sites that they visited and particularly acknowledged the sector’s professionalism, quality of service and affordability.

The association segment accounts for a major part of the business tourism sector in Girona Province. The Spanish market is likewise a priority concern in the Costa Brava Girona Convention Bureau’s promotion of the destination.