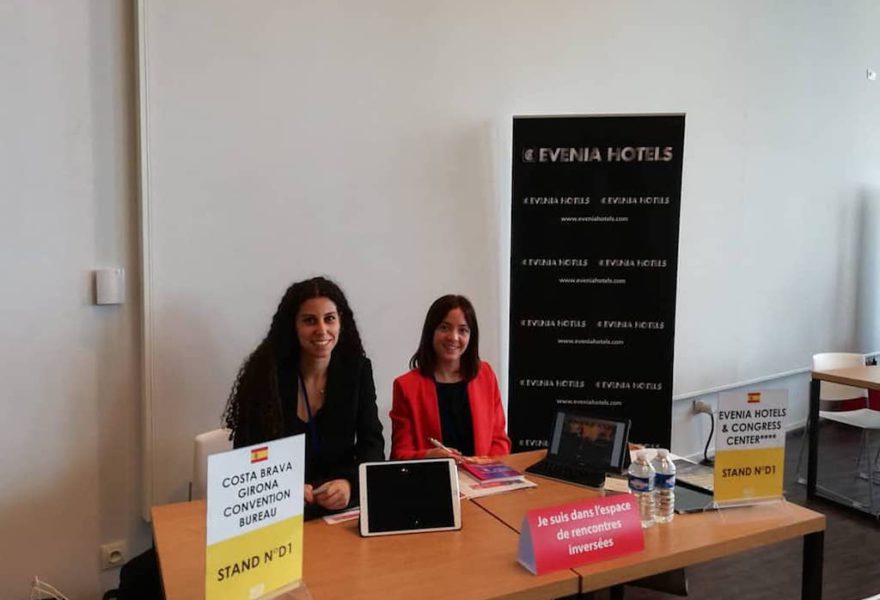 The Costa Brava Girona Convention Bureau attended two different editions of the MICE Place City meetings organised by Meet & Com to bring European buyers, mainly from the French market, into contact with destinations and companies from the business tourism sector.

For a day and a half we had the chance to present the MICE options of the Costa Brava and the Girona Pyrenees to representatives both from organising agencies and from tour managers and corporate event organisers who were visiting the Groupama Stadium in Lyon to attend MICE Place City, organised by the agency Meet and Com.

Most buyers attending were from the French market.

We were accompanied by the Evenia Olympic Resort and held 23 prearranged interviews with buyers, most of whom were French although there were also buyers from other European markets, who particularly valued the proximity, good connections and the broad range of experiences offered by the destination –on account of its benign weather conditions and varied landscapes– as well as its cuisine.

They also showed great interest in the information we gave them about Costa Brava Challenge Week, which will be held in September, as they saw it as a chance to get to know the region and to generate professional contacts which will help them to improve the events and corporate functions that they hold.

During the meeting, we held fourteen interviews with executive secretaries, travel managers and multinational company event organisers from different sectors.