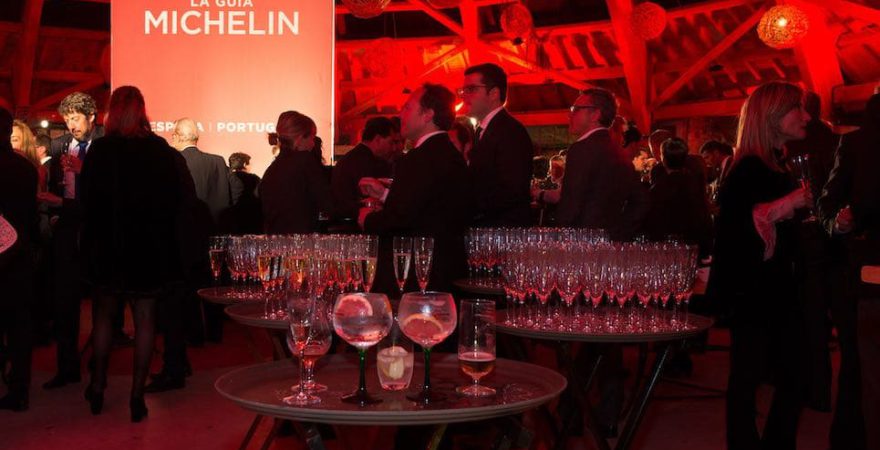 Since 2010, Michelin Spain has presented the yearly edition of the Michelin Guide for Spain and Portugal at a gala that is held in a different city each year. To coincide with the Costa Brava and the Girona Pyrenees Year of Gastronomy and the nomination of Catalonia as the European Region of Gastronomy for 2016, the organisation decided to opt for the gastronomic wealth and the tourist value of Girona, which competed against seven other places hoping to host the event.

“Girona has an extremely high gastronomic level which can be seen in the Michelin selection. We also have the commitment of public institutions as well as the best ambassadors of the Michelin Guide led by Joan Roca, who has infected us all with his enthusiasm.”

The coveted stars awarded by Michelin are only made public during the presentation of the guide. This creates great media expectation and highlights the Gala on the tourist and the catering sectors’ agenda.

There is no doubt that the 2017 Michelin Gala in Girona placed the city at the centre of attention for gourmets.

A unique venue with 3 Michelin stars

The gala was held at Mas Marroch, El Celler de Can Roca’s banquet space in Vilablareix, five minutes from the centre of Girona. It was attended by almost five hundred people, including chefs from the restaurants in Spain and Portugal with Michelin stars, authorities, the media and diverse representatives from the gastronomic world. The large hall at Mas Marroch was home to the presentation of the guide and, in addition to speeches from the authorities —including the President of the Catalan Government, Carles Puigdemont— the long-awaited novelties in the 2017 Michelin Guide to Spain and Portugal were announced.

Later, the participants assembled in the Àgora, a spectacular dome built using eco-sustainable criteria and which was lit up in red, the distinctive colour of the well-known guide, to join the gastronomic feast. Eight local Girona restaurants with Michelin stars, co-ordinated by Joan Roca, were responsible for preparing the meal, based on tapas paired with DO Empordà wines.

The nomination of Girona as the host city for the gala in June and the celebration of the event on 23 November placed the city at the centre of media attention, thereby associating the city with gastronomic excellence.

More than 230 articles published in the general press and specialist gastronomy, catering and tourism publications highlighted the event. The gala received very positive reviews by the press as well as the organisation and those who participated.

A study carried out by the University of Girona estimated the repercussion of the Michelin Gala at more than one million euros, having consulted published articles that mentioned Girona as a gastronomic centre or as the venue for the Gala as their reference.